Privilege is one of those trigger words that forces people to stop reading, and start reacting.

It’s a word that I often omit from dialogue — online and off — when I know that I may trigger someone to stop hearing me out on an issue. The concept remains a vital piece of my political analysis, but I often feel that I have to argue that privilege is a real thing before I can get back to my original point. This is exhausting.

I feel that many people use the word to stifle debate. If someone makes a point that I know is wrong, it may be the fact that the person enjoys a relative (or immense) amount of privilege that prevents them from seeing a bigger picture.

However, simply because that person is privileged is not reason enough for them to be wrong on a given issue. That’s why I don’t tell people to check their privilege when arguing a point anymore. I continue debating the issue on its merits because I can’t win people over to my side by telling them to stop talking.

I recently posted a blog in response to the Michelle Goldberg piece from The Nation on “Feminism’s Toxic Twitter Wars.”

The core argument I made was that Goldberg’s voice (and the voice of many who have access to major media platforms) is amplified far beyond those of the people she’s accused of bullying. These are folks who use a free-to-all platform and organize like hell to make themselves heard. I observed that perhaps people with major platforms are now feeling threatened and are pushing back.

I am not making the argument that Michelle Goldberg’s position was wrong because she’s privileged.

I’ve seen that argument made many times over social media and I make a conscious effort to avoid that argument at all times, even when I think it’s right.

The problem with the argument “You are wrong because you are privileged” is that it completely discounts a person’s credibility without looking at the merits of their argument.

This is not the same as telling someone that maybe they should step back and listen to folks who are directly impacted by a problem. This is a real problem in the Left where more privileged voices tend to dominate. It’s completely appropriate to tell someone to check their privilege when they attend a community meeting in a neighborhood that is not theirs, talk at people and take over the dialogue.

When you see a group of old men debating reproductive health, or rich white people talking about what Black urban youth should do to get ahead — privilege can get in the way of a dialogue that would offer real solutions.

In Gene Mark’s essay for Forbes Magazine “If I Was a Poor Black Kid,” Marks relays all of the free and cheap tools that poor Black kids could use to pull themselves up by their bootstraps.

It takes a special kind of kid to succeed.  And to succeed even with these tools is much harder for a black kid from West Philadelphia than a white kid from the suburbs.  But it’s not impossible.  The tools are there.  The technology is there.  And the opportunities there.

His basic argument in this unintentionally hilarious piece is that the only thing that separates him from the inner-city youth who cannot get themselves out of poverty is his tech savvy. If only these kids had the wherewithal to buy a cheap computer and visit TechCrunch everyday, they’d all go to Harvard and be CEOs of major corporations.

Now, does his privilege prevent him from seeing the immense systemic obstacles put in the way of youth in poverty? Probably, but I don’t know him, I can only make assumptions. I can only presume that as a white, upper-class, male he wouldn’t get it.

But, the fact that he’s privileged isn’t why he’s wrong. He’s wrong because his arguments are stupid and fall short of showing the big picture. What’s in his heart isn’t relevant.

Where privilege fits in this scenario is that as a white, upper-class, cis-hetero male, he’s more likely than others to be hired by Forbes — or any other mainstream outlet. That is real, testable, systemic privilege.

This privilege means that his opinions  hold more weight because he has access to outlets that less-privileged folks rarely have.

That was the point I made in my piece on the “Twitter Wars.” Goldberg uses her privilege as someone who writes for The Nation to silence dissent. She could be using her high-profile to solicit new ideas, but she chooses not to.

I wrote that she could also choose to ignore the criticism. When one gets “piled on” on Twitter, they aren’t being silenced. That’s hyperbole. You can simply ignore the @mentions and continue writing and having your voice heard.

When folks accuse strong voices on Twitter of “silencing” them, they are really saying, “these people are poisoning the well at my expense.” Perhaps being “silenced” means putting out new ideas that make the status quo obsolete.

When I think of being “silenced,” I think of blacklists. I think of censorship. I don’t think of people with less or equal power as me telling me I’m wrong.

Her view may be due to her privileged life, but that’s not why she’s wrong. She’s wrong because her analysis was weak and her reporting virtually non-existent. 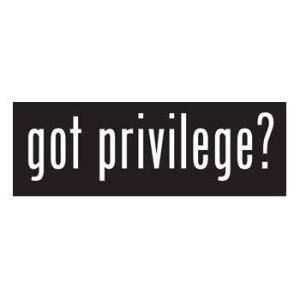